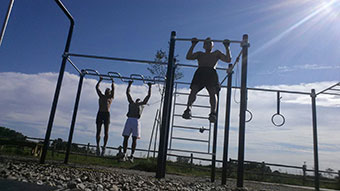 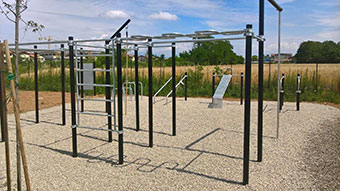 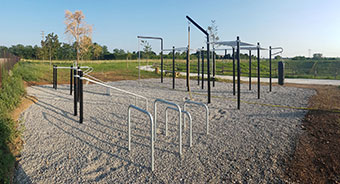 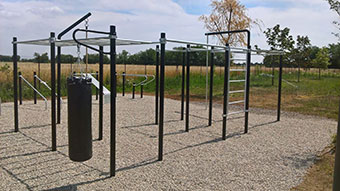 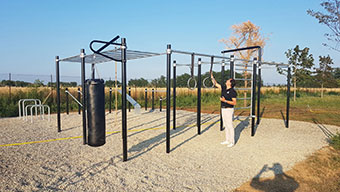 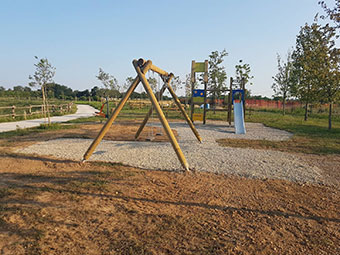 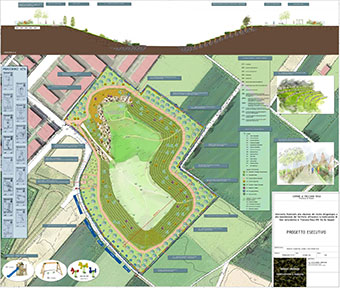 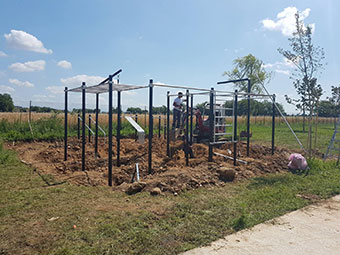 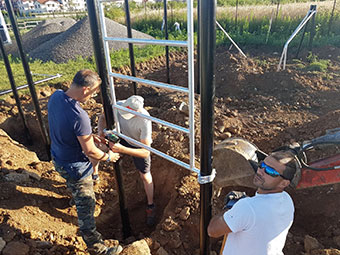 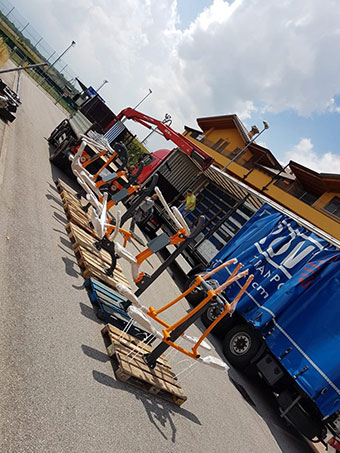 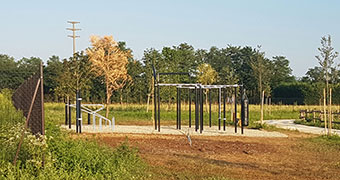 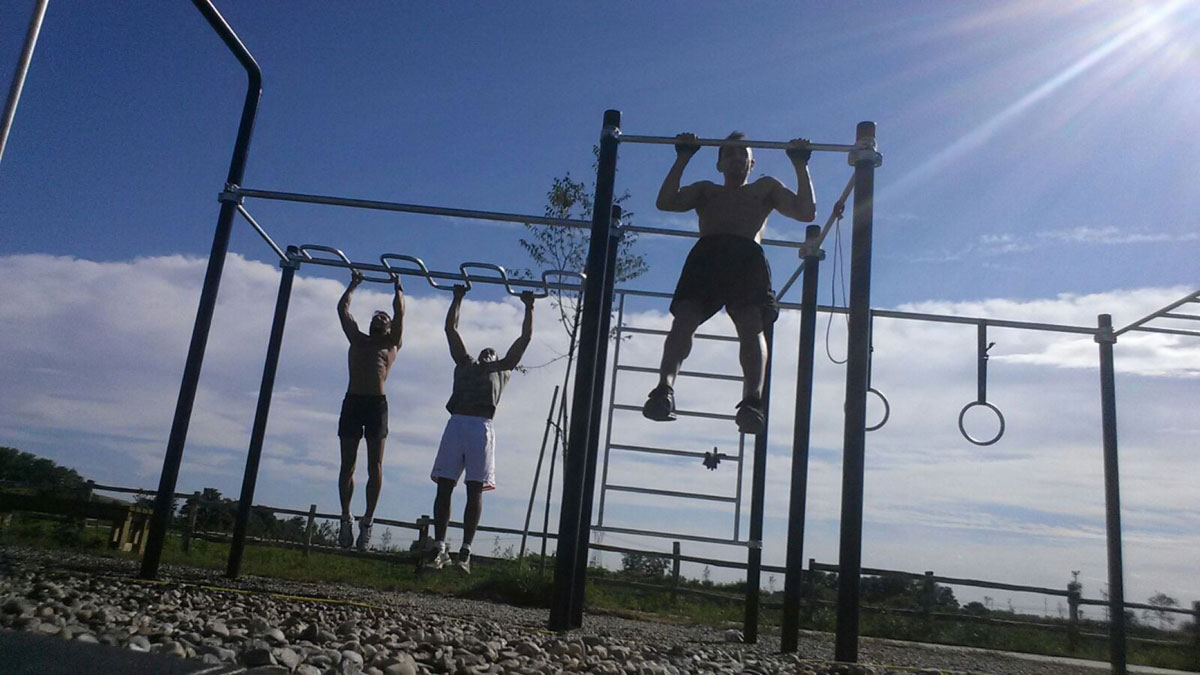 The project was wanted and promoted by the Administration of the Municipality of Trezzano Rosa, in the province of Milan.

Over 40,000 square meters of abandoned, unknown and unused territory have been recovered and transformed into an equipped "Naturalistic Oasis".

A green lung that develops around a former pool with places to spend time with the family, let the children play in the play area, stop in the cool of the plants to read a book, or sunbathe in the "Solarium" area.

A "Life Path" of 15 stages and a workout capable of satisfying even the most demanding athletes was also integrated into the area.